While in Crete, Greece, on holiday a woman came across an injured dog who needed help.
The dog was lying in the center of a road and was barely able to move, Kiara Lisendoorn and her family spotted the dog when they were driving.

The family had stopped the car to avoid hitting the dog and his condition became immediately clear to them. He has a completely paralyzed leg and a broken spine, he was in awful shape and Kiara had said, “he looked like a heap”. It later came to light that the poor dog had been living in a nearby barn on his own, Kiara just knew she had to help him. 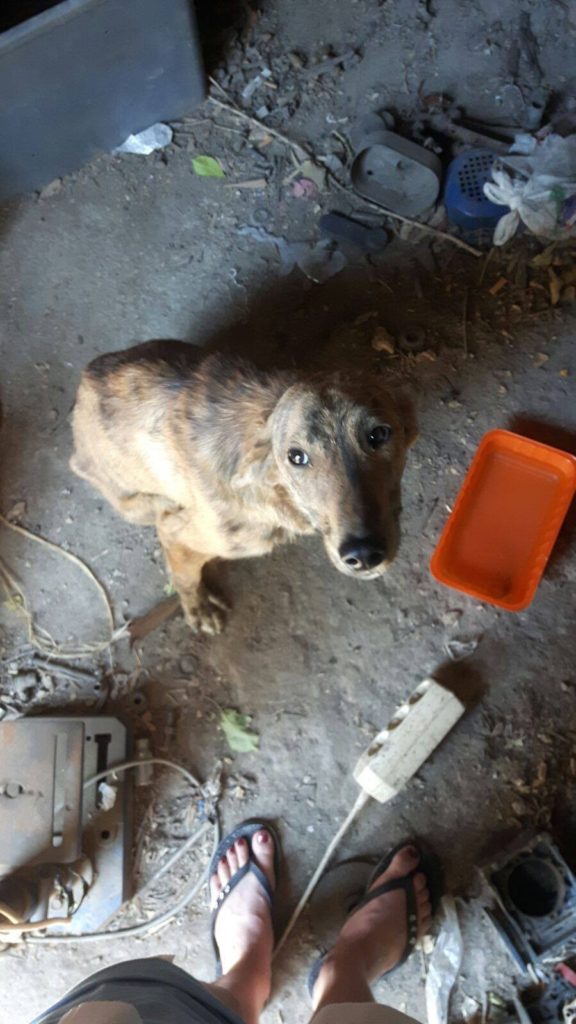 Kiara decided to name the dog Fos, meaning “shining” in Greek, she would go to the barn to visit and feed Fos. Over time they would visit him, he would be so happy to see them, even despite the pain, he was in. He showed so much love and affection that Kiara knew they could not leave him. 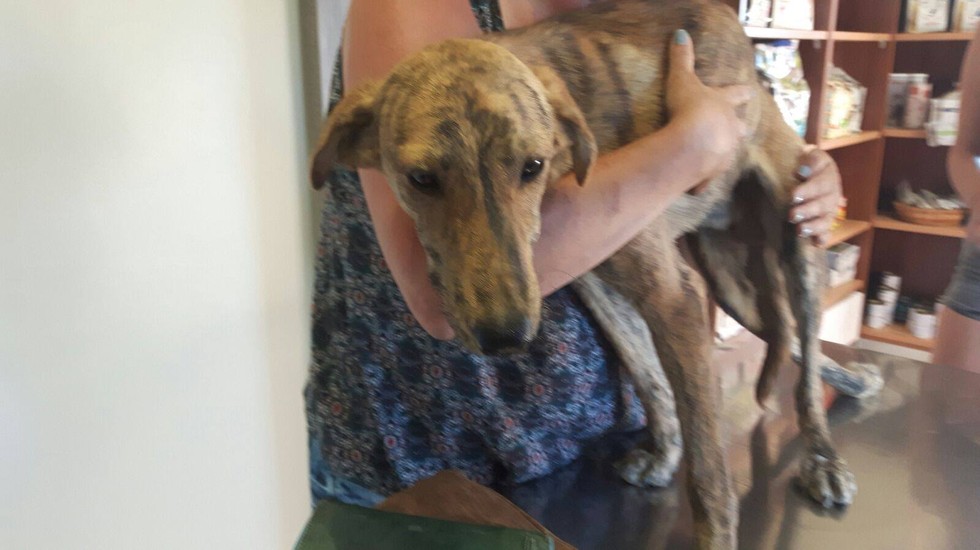 Kiara took Fos to a local rescue organization and officially adopted him, he was taken to the vet who had concluded that it was most likely that Fos had been abused. He was treated for his injuries and was soon flying to his new home in Holland with his new, loving, family. Fos had found his forever home. 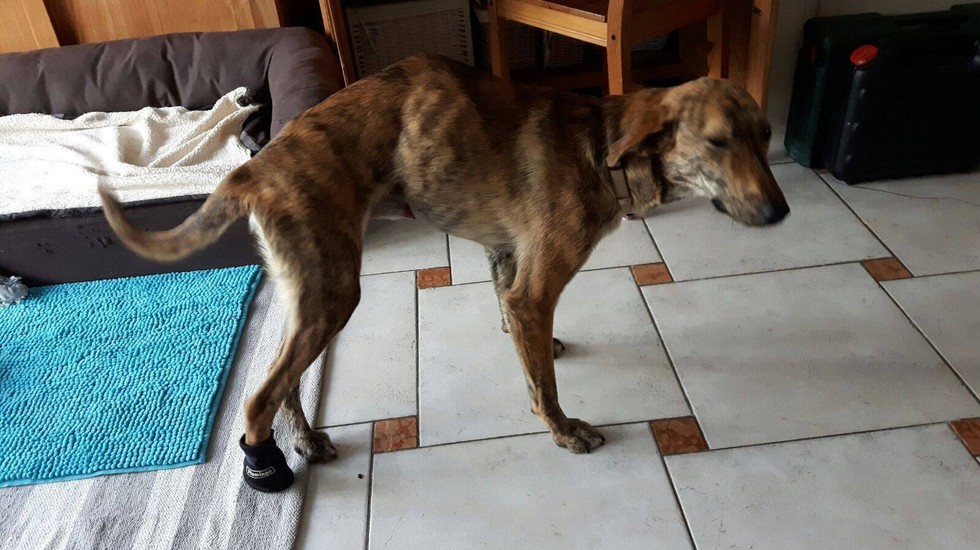 Fos is still recovering from his injuries, specifically his broken spine, but he is healing so well in his new environment. He no longer spends all day every day in excruciating pain in an old barn, he is surrounded by love and care which is exactly what he needed to recover.
Kiara said, “He walks better now and his bump isn’t as big. He is scared of older men and some cats.”

Kiara and her family could have driven past Fos, they could have turned a blind eye to him and you know what? He probably wouldn’t have survived. The kindness they showed saved his life and Kiara would not look back, Fos is her best friend.