In Dallas, this dog was left behind like trash in an apartment after her owners were evicted. She was not treated well before and then they abandoned her. The poor pup spent a week alone in the apartment with no access to food or water and no heat. Luckily she was found before she died from starvation or dehydration. She has been adopted and has a dad who loves her and really, she rescued him too.

You can read the story below posted by her new dad “Humdrumdergifan” on imgur:

24 hours ago, she was found in an apartment where the tenants have evicted a week ago. She has since been to the vet hospital where they boarded her, got her hydrated via IV and reintroduced her to food slowly over a 12 hr period. Before you even ask, she is so calm and chilled out that she doesn’t bark. She just whines very softly, that’s why no one heard her in the apartment. 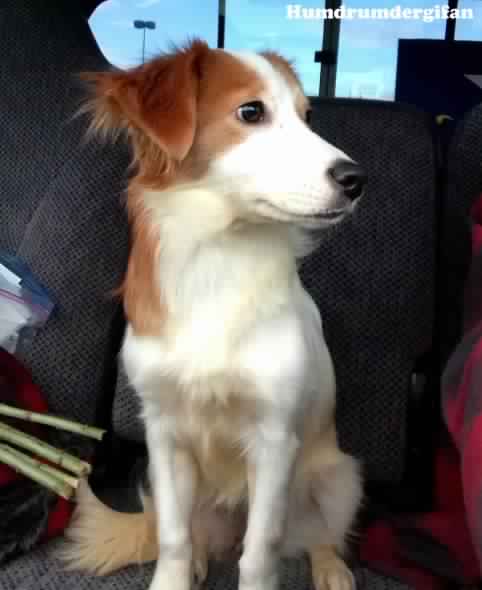 The bottom half of her body, butt and tail are stained yellow from having to live in her own urine and feces for who knows how long. The apartment was completely destroyed and littered with feces and urine stains.

The tenant and her boyfriend kept the dog in a third-floor apartment. Their version of letting her “go outside” was being let out onto the concrete balcony to take a shit. In DFW the past few nights, the temperature dropped to below freezing at night time and the AC/heat unit was turned off. In addition to being in jail for assault, the woman is now facing animal cruelty charges. I’m not sure if the animal protection laws were recently changed on a federal level or just the State of Texas, but the penalties have increased significantly. Karma is a bitch. Bitch. 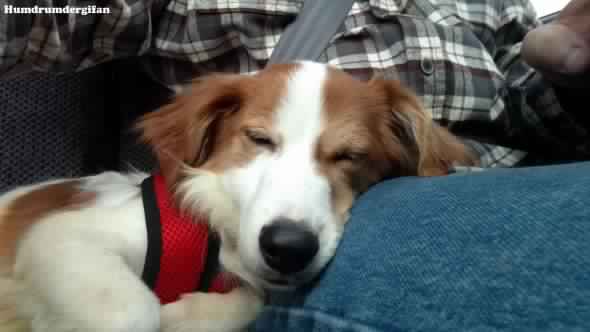 She has no concept of a leash or a collar. I bought her a red stretchy harness to help with leash training. She is scared, timid, nervous and shy. I’ve been showering her with affection, attention, and love. She’s already gaining confidence, weight and is turning into a real character. She has to be touching me at all times. She is the sweetest and most gentle dog I’ve ever had.

We have driven around a lot today for work. She’s a great traveler and companion. I couldn’t have found her at a better time in my life. She is perfect for me. The past 14 weeks of my life have been worse than a complete disaster. I’ve lost everything except my job and nothing about who I am or my “regular self” is present. I am a different person with a dramatically different life. I lost my two dogs to my soon to be ex-wife and my psyche has been a complete disaster not having a dog to take care of the last 10 weeks. I need this dog just as much as she needs me. So happy.