Romanian, Costache Mugurel, is a firefighter and recently he has saved one life. The team was called to help an old man and the dog to get out of the fire’s flames.

To the great luck, the man was taken by ambulance right to the hospital. However, the poor dog was lying on the footpath and it was breathless.

Costache Mugurel didn’t put a bold face on and made a mouth-to-mouth respiration to save a mongrel’s life. The dog was about to breathe through the mask and it finally came to life.

Journalists didn’t hesitate and spread the news about the hero. Unfortunately, the firefighter said it was an ordinary case and he did what he had to do! 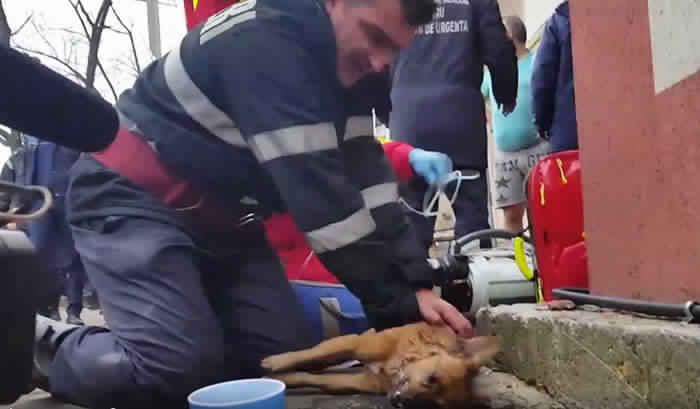