The heart-warming images show a very unusual friendship between an orphaned baby deer and a dog. In Germany, some farmers found a week-old fawn that may have been abandoned by his mother. The fawn would not have survived if the farmers had not found him. Thanks to the new puppy mom and farmers, the fawn is thriving.

It is not known that what had happened to the baby deer’s mothers. Maybe she abandoned him or she got killed. A farmer found him near a hop field in Regensburg. Fortunately, the farmer knew a family that had raised a deer before.

The family nursed him to good health with bottle-feeding and love and gave him the name Hansi. What is really interesting is that the family has a 12-week-old Australian shepherd puppy, Lia. And Lia is the one that loves Hansi the most. One can say her motherly or sisterly tendencies developed early. After a few weeks, both of them are inseparable. They spend the entire day together snuggling, playing and romping around. 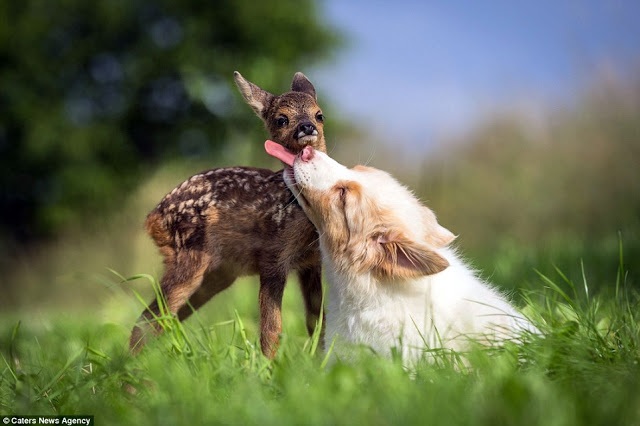 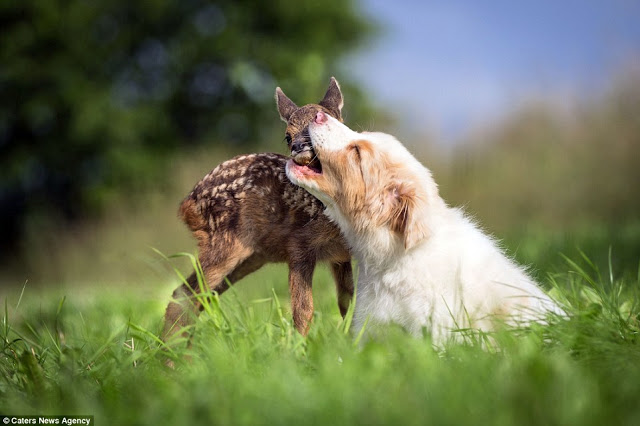 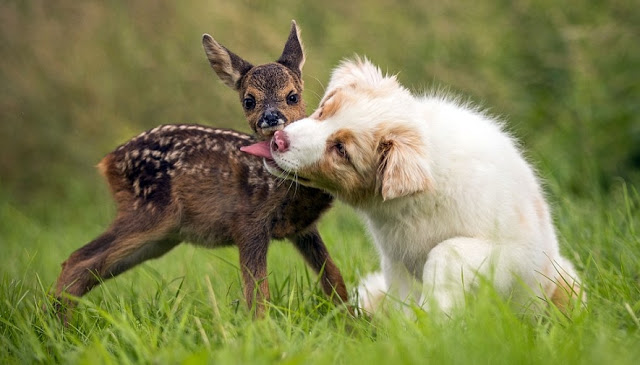 Hundreds Of Birds Died After Fireworks Set Off In Rome