Every single dog deserves to happy a loving home where they feel wanted.

Unfortunately, some dogs end up in terrible situations where they suffer abuse and cruelty, some of these pups are rescued and luckily end up finding their forever homes. Others unfortunately, don’t, a large number of dogs end up as street dogs, scrounging and begging for food simply to survive. Often the dogs that end up on the streets have not been spayed or neutered so the population continues to increase and become out of control.

This lab and hound mix named Belle has a story exactly like that. Belle was found in South Africa, she was on the streets and was covered in ticks. The parasites had carpeted her body, collecting in huge numbers on her eyelids and ears.

There is a selection of photos of Belle, please be warned she has had a tough start to life and some of the photographs from when she was first found are graphic.

Belle was found on the streets in Johannesburg, South Africa, back in September 2016. She was in a terrible state. 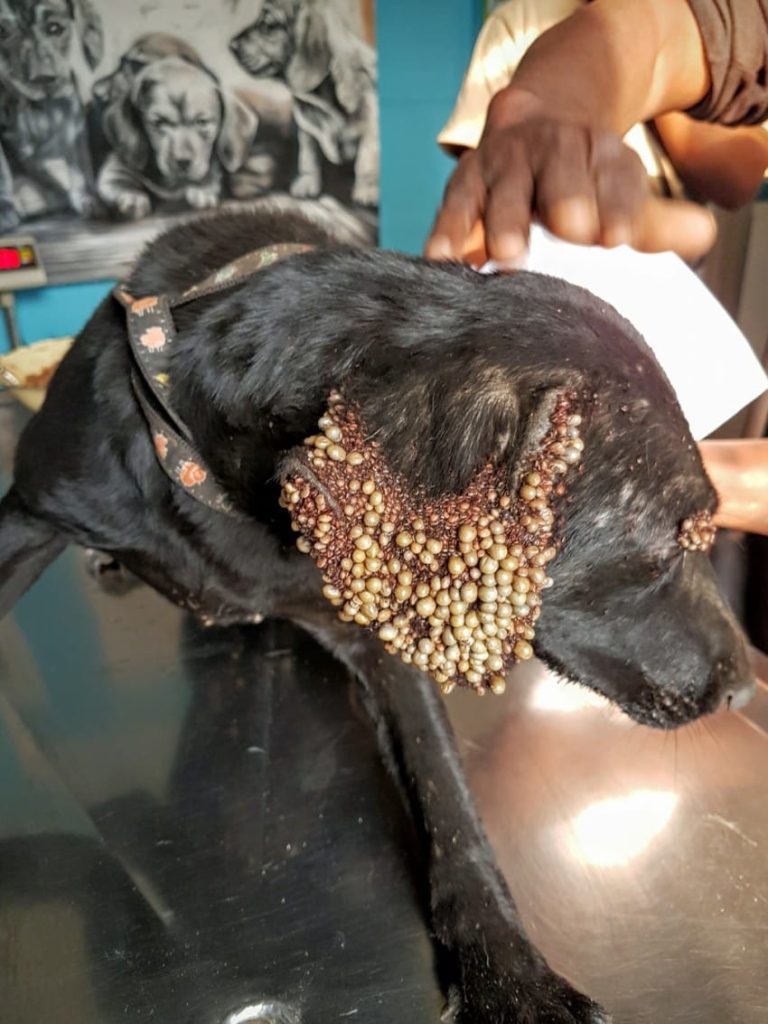 She was covered with ticks, parasites that suck blood from their host. All of the white bumps on Belle are ticks. 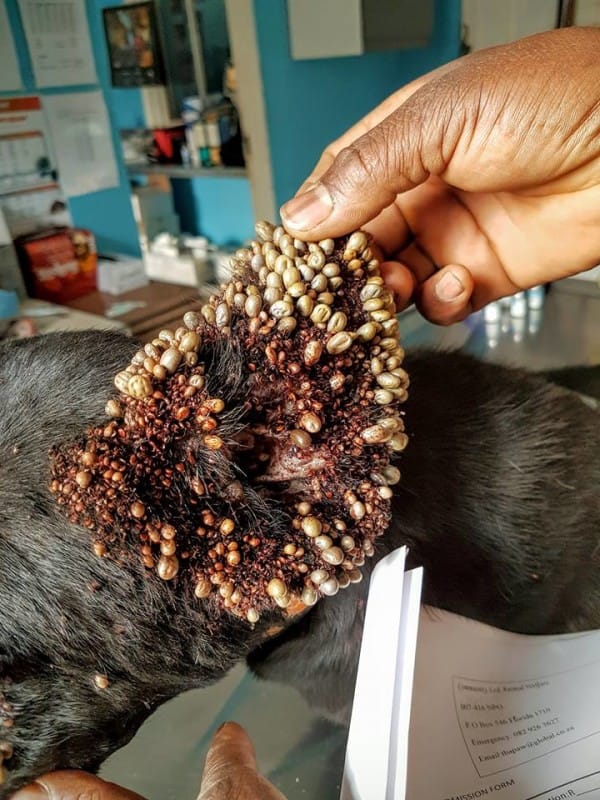 On a first glance, it could appear that Belle has mange or a similar skin condition, but those are a blanket of bloated ticks.

The ticks are more concentrated in areas where the skin is thin such as her eyelids and ears, it is in these places that the blood vessels are plentiful.

Due to the excessive number of ticks, Belle was anemic and could barely move. 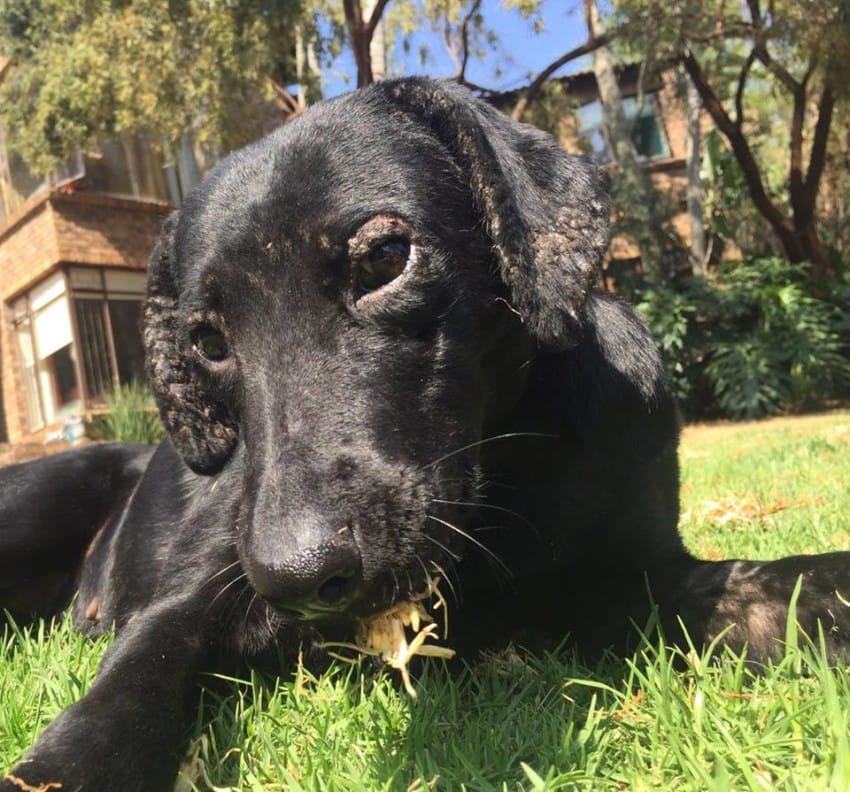 The pictures are stomach churning but they show what Belle and dogs that are left in situations similar to Belle have to endure. When CLAW found Belle they had to treat her and wait for the ticks to fall off as she would have experienced too much blood loss if they were removed manually all at once. 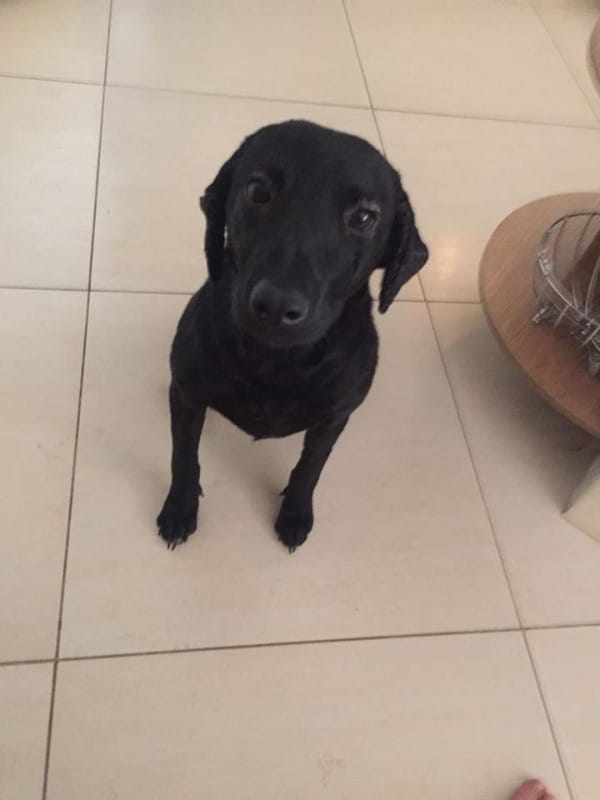 In time all of the ticks came off and the healing process began. Belle will always have scares from her past but she can now begin to move on. 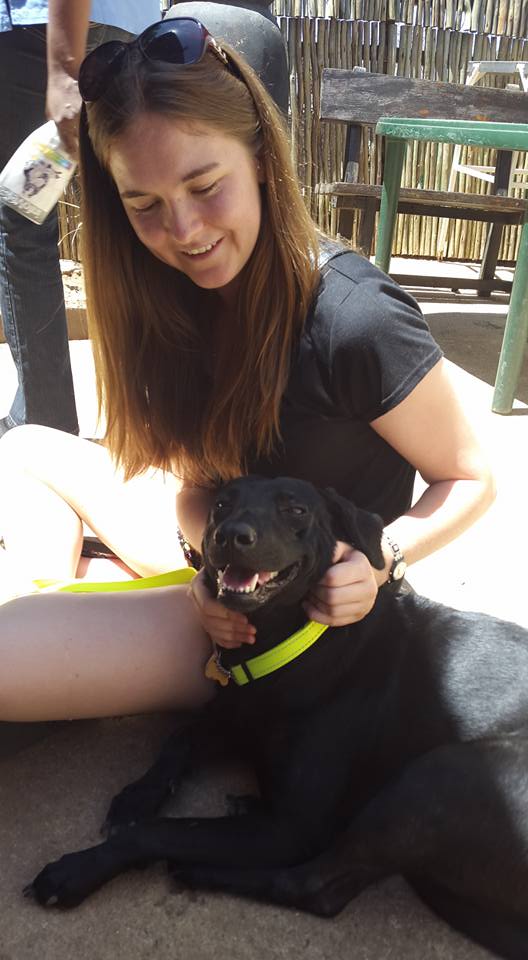 She has even grown a beautiful, glossy coat. The difference is astonishing.

Belle is happy now, she is healing and even the very worst damaged areas on her skin are healing over. She is thrilled to have been rescued and wants to make sure everyone knows it. Belle smiles at everyone. 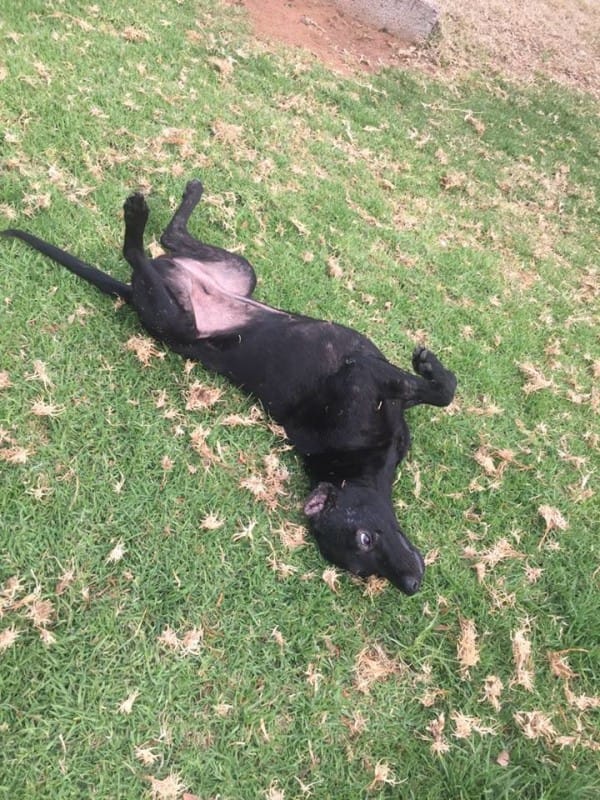 This pup has even found a forever home with human Hannah! CLAW wrote on Facebook “Belle quite literally stole Hannah’s heart within seconds of them meeting, and it has been a match made in heaven. Belle landed her bum in the butter and hasn’t looked back, improving daily!”

Our hearts are touched by this story and we can’t help but smile when we see how happy Belle is now!

The work of CLAW is phenomenal and we want to give our thanks to the animal activists who are making animals lives better by doing this work. Thanks also to the people who are willing to open their homes and their hearts to animals who need rescuing.