Meet Brinks, the famous smiling Pittie. Brinks was a stray as a pup, wandering the streets of Brooklyn. Jon, his current human, says that he was outside with his dog, Demo, at the time. Brinks spotted the two of them and trotted across the street to say hi.

Jon was nervous at first, not sure how the two pups would get along, but was surprised to see how good they were together. He decided to take Brinks with him and find his owners.

However, after a month of posting flyers and checking missing/lost dog reports with no luck, Jon decided Brinks was going to join his family.

Brinks was 11 months at the time and will be 13 years old this December!

“The most amazing thing is how Brinks grins like a human frequently in response to situations he enjoys, especially in the house. He smiles for treats, he smiles when you greet him in the morning and when he’s sleeping. He grins when he rides in the car, when he lies in the sun (or in front of the fire) and whenever he generally seems happy.” Says Jon 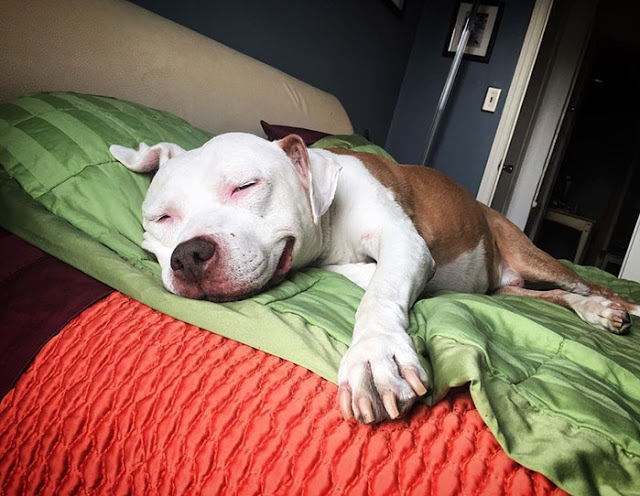 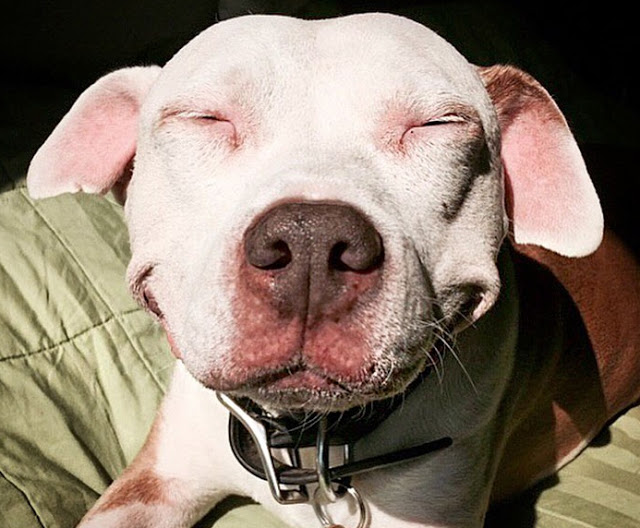 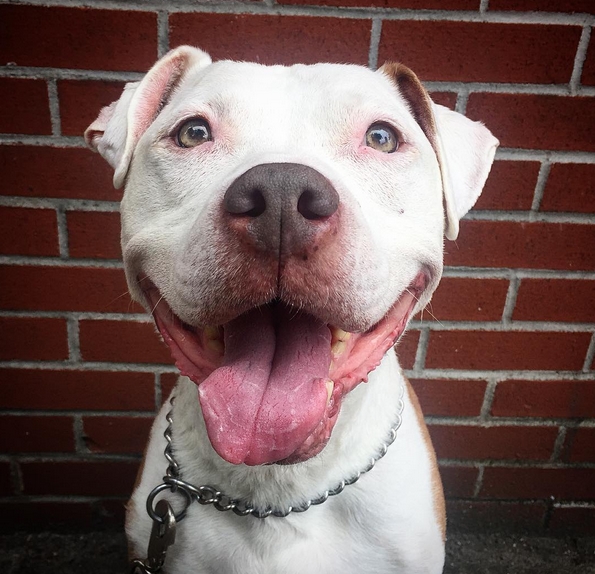 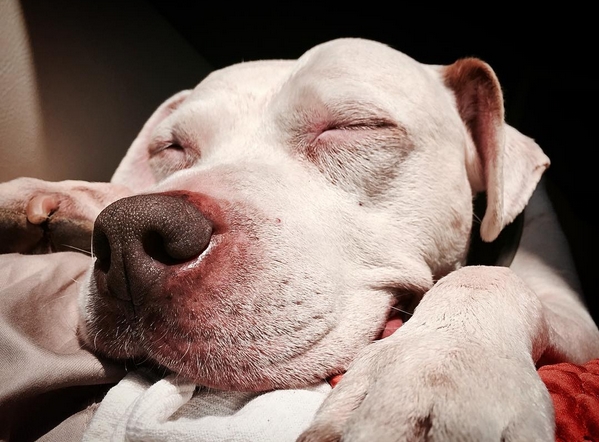 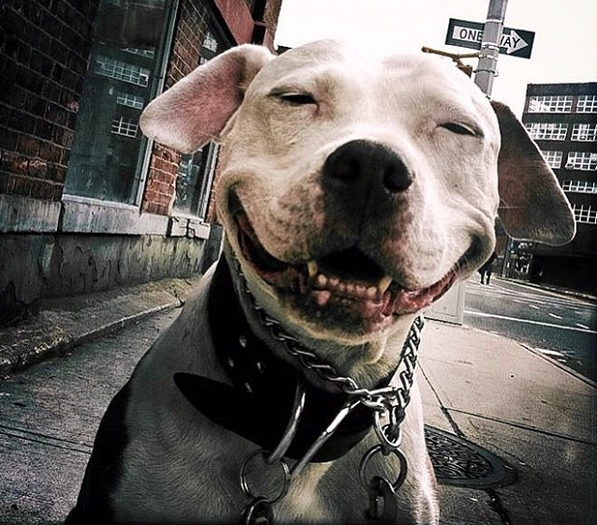 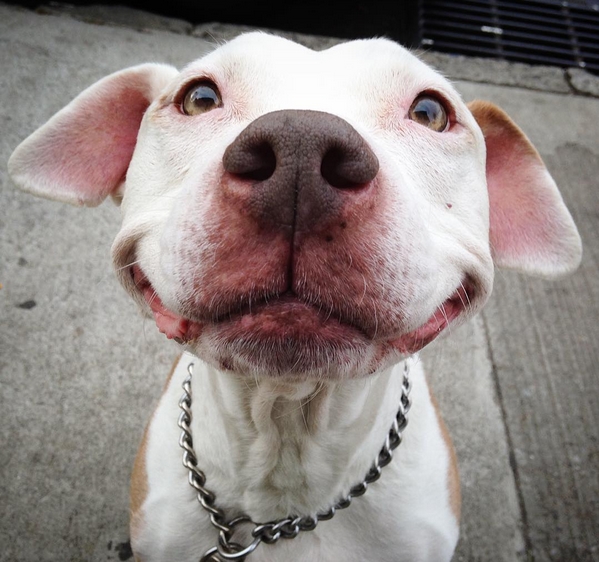 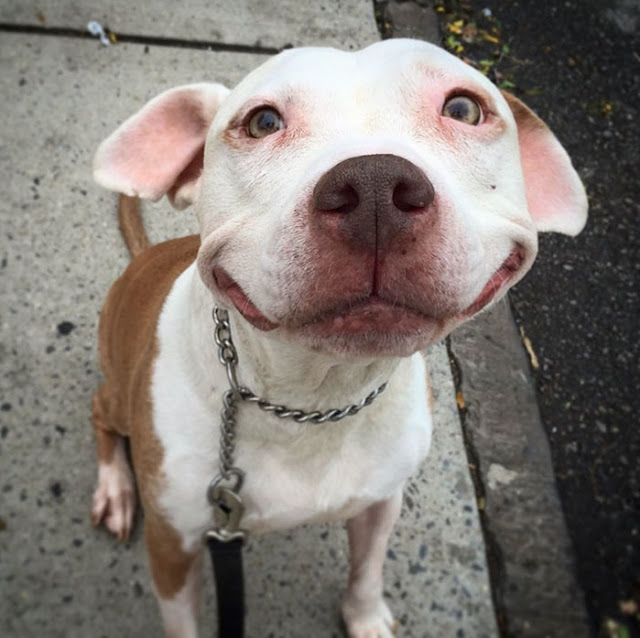